Many smart young individuals dream of being able to work in one of the innovative and leading companies like Google, Facebook, Netflix or Uber. Lots of companies on the planet seek to emulate the example of these great entrepreneurs, who managed to change the world from the garage of a house or a modest American university. However, few notice how Google or Adobe achieved what they have achieved.
How are these companies really successful product delivery at the same time keeping their employee happy. I was going over  the implementation case studies and here are some examples as below.

Quality Improvements: The team started keeping detailed metrics on open defects at any given point in the cycle.

Team Perception of Improvement: In order to understand if a system has improved the teams were surveyed and were that in the drive to resolve the defects: accumulation of technical debt, and impact to team members’ work/life balance.

Market Perception: Premiere Pro has shown a marked improvement in perception and likelihood to recommend, coinciding with a decrease in the same scores for Premiere Pros’ primary competitors.

In order to know why such companies have been successful perhaps lies The Agile manifesto published in 2001. Despite what some believe, Agile is not a methodology, but rather an umbrella of values and principles that covers many different frameworks that help an organization to be more efficient and agile. Scrum, Lean or Kanban are often the “how”. The Agile Manifesto listed those principles and values:

1) Individuals and interactions about processes and tools
2) Work on software about complete documentation
3) Collaboration of the client negotiating the contract
4) Respond to changes on the next plan.

Why do you want to implement Agile?

Through an Agile transformation done patiently and intelligently for years, we can turn the culture of our company into the culture of a High-Performance Organization (HPO), like Amazon or Spotify. We can have a company that prioritizes effectiveness over efficiency and has a closer and more stable relationship with the client.
According to the statistics of failure rates of the project, Agile greatly outperforms Waterfall:

With Agile, it´s also possible to improve collaboration between teams that do not usually work together, increase the level of software quality, shorten the necessary development time and reduce development costs.
According to a study by André A. de Vaal of the HPO Global Alliance, HPOs are 29% more profitable than non-HPOs, 10% more than Non-HPOs and get 20% ROI (Return on Investment) more than non-HPO.

What problem do you want to solve?

To effectively implement the Agile transformation, it is necessary to understand in depth what problems Agile will solve. The first that comes to mind is resistance to change by workers more accustomed to the old pace of work. But without doubts, there are many more problems at stake:

Who is your client?

The companies that hire Agile trainers to start the long transition process (which cannot be done in a few months, usually this take years) are usually very bureaucratic companies with a worrying percentage of failed projects and financial losses. The company seeks to preserve its essence at the same time you want to become something new that is able to better face the problems of each day and earn more money than before.
An example of the usefulness of the Agile transformation is the Dutch banking group ING. Inspired by Amazon, ING created 350 squads of nine persons in 13 groups, which helped them to improve time to market and increase productivity. ING wanted to stop thinking traditionally and begin to better understand the new digital world of today.

The idea was to work in multidisciplinary teams, where there would be marketing specialists, user experience designers, data analysts, programmers, and so on. These teams must be united by common objectives.
In addition, ING worked hard to create new roles and a new form of governance. In the IT department, ING invested a lot of money in DevOps and continuous delivery. They managed to make their aspiration to launch new versions of their software much more frequent, every two weeks, instead of having five-six “big releases” per year.
In this way, ING became the number one bank in the Netherlands. Agile proved once again to be the most suitable exit for all customers who want to work more efficiently and profitably.

Change is difficult painful and thus have lot of resistance while implementing it. Leadership should be well prepared for all the hurdles while implementing such change within the organization. Change impacts not only industry structures and strategic positioning but it affects all impartial of an organization (every work, activity, process) and even its increase supply chain. Business leadership must constantly challenge their organizations to ensure this change can unlock productivity cheap and significant competitory advantageous all while delivering exceptional customer experience. 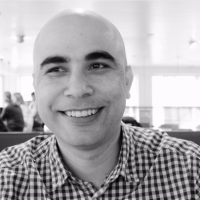 Pramod Dhakal is an agile coach with extensive experience in practicing Kanban and other agile framework in large organizations. He is an Accredited Kanaban Trainer from Lean Kanban University.

The real dilema of scaling Agile
Next Article